July 24, 2018, Palm Beach, FL – OXXO Care Cleaners®, the most innovative, environmentally friendly garment cleaning franchise founded on the “We Care” philosophy, will be open a new store at the Alton Town Center, a new retail and entertainment destination shopping center in Palm Beach Gardens located at 143 Donald Ross Rd, Palm Beach Gardens, FL 33418. The new store will open in Q1 2019. Located in the northeast corner of Alton, directly south of Donald Ross Road, Alton Town Center is being developed as within the community.

Juan Lara and Beatriz Figueira own two OXXO stores in South Florida, covering the territory of Palm Beach, North Palm Beach, Palm Beach Gardens, Jupiter and now Abacoa. The family started the business after years in the service and customer care industry. “Transparency is key for us- and OXXO was ideal. From the “ATM” style stores to the “open store” concept, we wanted to make sure our customers could see everything from drop off to pick up,” said Beatriz.

“In the two years that we have owned our OXXO stores, we have experienced growth almost every month,” added Juan. The owners decided to open the new location because of they are experienced at serving Palm Beach’s customer profile. This particular area in Palm Beach gets a lot of versatile traffic such as people traveling north to Palm Beach, residents, and snowbirds.

Beatriz and Juan’s close family members Jesus Duran and Nora Lara own another OXXO store located at 11081 Southern Boulevard, Suite 140, Royal Palm Beach, 331411. Jesus and Nora cover the Royal Palm Beach, West Palm Beach and Wellington area for OXXO and are confident that their family-oriented service is what brings customers to OXXO for their dry-cleaning needs. “We always greet our customers with a smile and want them to have the most convenient service in the industry. OXXO’s 24-hour Drop Off & Pick Up makes it easy both to collect clothing and to pick up soon as possible after dropping off.

Aside from all the perks that Duran’s customers receive by choosing OXXO, OXXO has also launched an app to make the experience even better. “Right now people have an OXXO card to pick up their clothes, but we recently launched an app that allows people to pay, schedule their pick up times, and much more,” says Duran.

Please stay tuned for more news in October about the stores and restaurants opening at Alton Town Center.

South Florida-based dry cleaning firm OXXO Care Cleaners is expanding its presence in Central Florida with a new Winter Park location and plans to add at least two more locations in the next couple years, according to Orlando co-franchisee Consuelo Regueiro.

What sets OXXO apart from other dry cleaners in the area is their locations use Green Earth cleaning products. These products are gentler on clothes and safer for the user, according to the company.

Along with the machines, OXXO is one of the only dry cleaners with its own application in the App Store. The app, OXXO Care Cleaners, allows customers to request a pick-up time, drop off items and check which items they currently have at the cleaners, among other things.

OXXO has been in the Central Florida area for three years now, opening its first area location in 2015. The company’s other three Central Florida stores are in Lake Nona, Clermont and Orlando on Orange Blossom Trail.

Regueiro believes expanding to Winter Park is perfect for this business because the area is predominantly wealthy.

The new 900-square-foot Winter Park location is at 190 Aloma Ave. The company has signed a 10-year lease and expects to open for business there Aug. 30.The new Winter Park location cost $250,000 to open and is expected to generate approximately $100,000 in sales its first year. Between all four Central Florida locations the company will exceed $600,000 in sales, said Regueiro.

The price for a dress shirt to be cleaned at OXXO is slightly higher than other cleaners in the area, ringing up at $2.95. Regueiro told the Orlando Business Journal while it may cost more, it’s well worth it because of the convenience and technological component. “People think all cleaners are the same, but they aren’t.”

Before opening a chain of dry cleaners, Regueiro operated a cookie factory in Venezuela. Regueiro chose to leave her old job after her friends told her about their new business, OXXO. Regueiro was fascinated by the technology behind the company and how the business used green products.

Going forward, Regueiro told the Orlando Business Journal she hopes to continue to grow her business and open two more locations. Currently she is looking at downtown Orlando and the Dr. Philips area as possible future locations for OXXO. 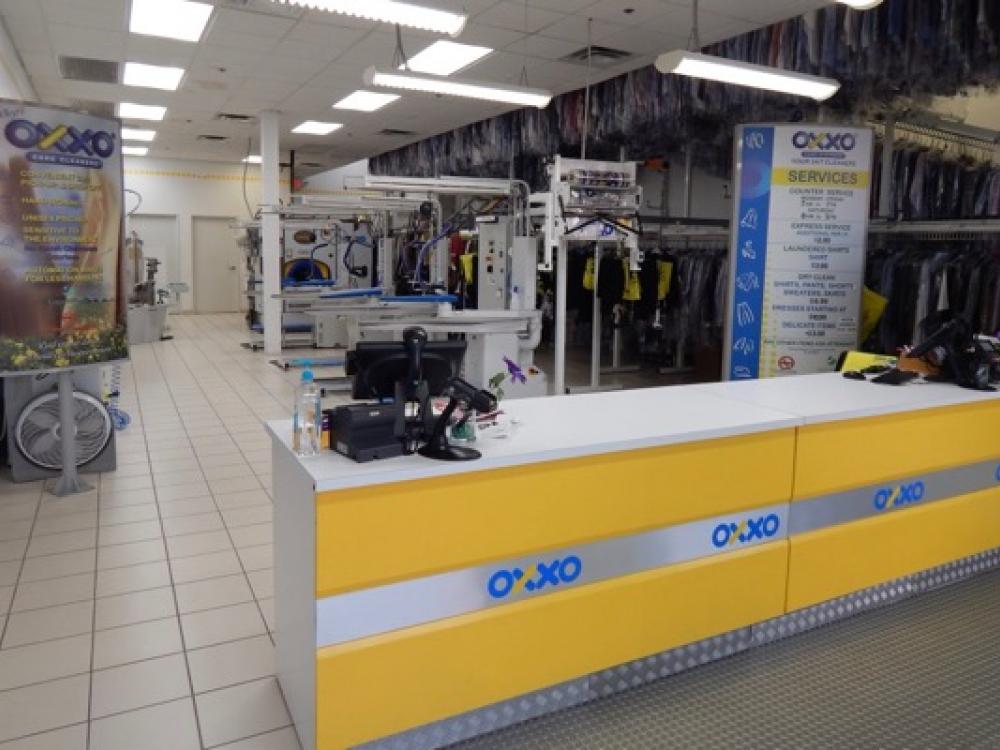 OXXO in Frisco and Plano are among the dry cleaners in North Texas that use GreenEarth, an eco-friendly dry cleaning solvent. Photos courtesy of OXXO.

Thanks to the green cleaning movement, North Texans can now find a variety of eco-friendly laundry detergents in local stores. But did you know that DFW is home several eco-friendly dry cleaning businesses as well?

OXXO Care Cleaners is a dry cleaners with locations in Frisco and Plano that touts its eco-conscious methods. The company’s primary green selling point is it uses GreenEarth, a gentle cleansing solvent, designed to care for garments but not endanger the environment, your clothes or you.

Translation: no harsh chemicals and no harsh odors. 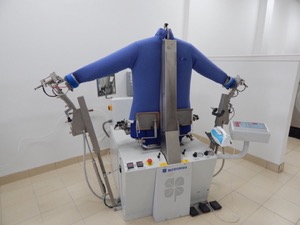 The dry cleaning company was founded in Hollywood, Florida in 2000 by Salomon Mishaan, who grew up in Colombia before coming to the United States.

Today, there are 50 locations in the U.S., including the two local franchises in DFW.

“We were looking to get into the dry-cleaning business, and in so doing, we generally witnessed very low-quality service and lack of environmental friendliness,” said Marisol Cereijo, owner of the Frisco franchise. “When we learned about OXXO Care Cleaners and their innovative and environmentally friendly system, we immediately knew that OXXO was the answer.”

“Essentially liquified sand, silicone is nonhazardous and nontoxic to the environment. When released to the environment, it safely breaks down into the three natural elements it is made from: sand (SiO2) and trace amounts of water and carbon dioxide. Which means it is safe for the air, water and soil.”

In short, that means the GreenEarth product is so safe that if you wanted to, you could rub it safely on your skin. In fact, you probably already do according to Cereijo.

“Liquid silicone is the base ingredient in many every day shampoos, conditioners and lotions.”

So now that you know what is used in the GreenEarth, you might be asking what has been cut out? That would be perchloroethylene, certainly a word you won’t hear uttered at OXXO Cleaners. The chemical solvent typically used in dry cleaning has been shown to have health risks, according to the EPA.

GreenEarth has also been endorsed by numerous dry cleaners around the country, but Cereijo said OXXO is the only cleaner that combines GreenEarth cleaning, with hand ironing on premises and a 24-hour ATM style pick up and drop off system. This is accomplished by creating an online account. The company’s retrieval system is automated, allowing customers to pick up their clothes any time of the day, any day of the week.

A kiosk near the OXXO entrance allows 24-hour drop-off and pick up service.

Cereijo says her company also strives to keep the business eco-friendly in other ways like using bags that are biodegradable and designed to disintegrate within two years. Hangers are recycled.

In addition, all of OXXO’s equipment is electric, so there is no need for industrial steam, and the temperature is kept at a cool 72 degrees. This removes the “sweatshop” atmosphere of most cleaners, according to the company’s website.

“Because we do not use a boiler room, we use less energy,” Cereijo added.

This year, the OXXO Care Cleaners franchise also plans to open its first fully automated unmanned dry-cleaning facility allowing customers to drop off and pick up cleaning and laundry 24/7 with no attendant.

“OXXO Care Cleaners offers not only great quality service for our customers, but also environmental friendliness and a great and safe work atmosphere for our employees,” Cereijo said.